How do you read a tire label? 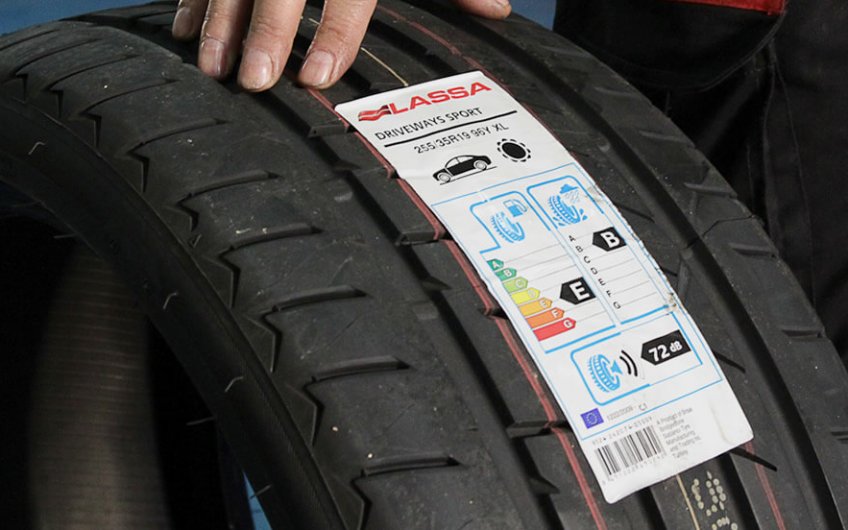 A tire label provides you with all the information about its proportions and properties. Tries must be perfectly designed to comply with current European regulations on tire labels. We’re talking about the European Union’s EC Regulation 1222/2009 on tire labels, which give us more standard information based on three of their properties. First, efficient fuel consumption according to rolling resistance; second, the safety associated with wet tire grip; and, finally, the external noise emission level of the wheels, measured in decibels. In fact, this regulation indicates that the wheels sold as of November 2012 must carry a label or sticker that indicates such characteristics. In addition, you should know that these tires include a label with a series of numbers that refer to their properties.

Elements of a tire label

In regard to its efficiency, rolling resistance is applied. This is one of the forces that has the greatest influence on a car’s fuel economy. This is because the rubbers deform with each turn, which leads to energy losses in the form of heat. In this way, the greater the deformation is, the more pronounced the rolling resistance will be and the greater amount of fuel will be required for your car to reach its destination.

That is, a lower rolling resistance would reduce fuel consumption. And therefore, lower fuel consumption would also imply a lower volume of CO2 emissions or carbon dioxide. This new label must show the rolling resistance level, which will be expressed in letters or degrees with level A as the most economical and G as the worst grade. Likewise, the black arrow associated with letter B is associated with the level of product performance.

The main goal of the tires is to provide safety at all times. Therefore grip is essential, but even more so in adverse conditions such as wet terrain. In fact, driving on a road in these conditions means that the braking distance is shorter, since our grip to the wet road is poorer.

Thus, the label will display a scale with 7 letters ranging from A (the highest level of wet grip) to G (representing the lowest levels). For example, the difference between each degree is an increase or decrease in the braking metres that oscillates between 3 and 6 metres when a passenger car is travelling at 80 km/h.

The issue of traffic noise is of great concern to organisations around the world because of the impact it has on the environment, which is determined by the intensity of the traffic, the type of vehicles, driving styles and the interaction between the rubber and the road.

In this way, outdoor noise levels are divided into three categories based on the number of waves and are measured in decibels. The current European limit is between 71 and 74 decibels and the future European limit will be between 68 and 71, according to future regulations.

Therefore, the fewer black bars or fewer decibels, the more efficient your tires will be.

In summary, we have just explained that the tire’s label measures grip, especially on wet roads, as well as rolling resistance and its efficiency, and noise levels as a pollutant in the environment.