How to get to the Ramón y Cajal Hospital? 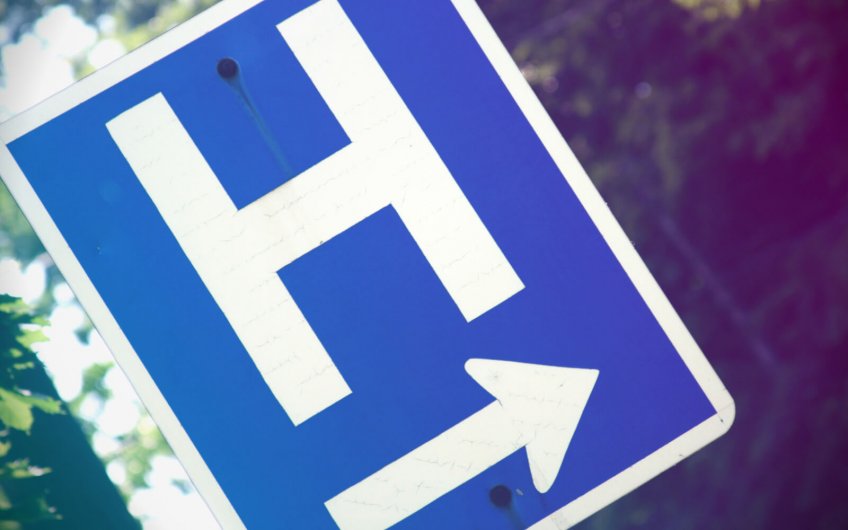 Do you want to know how to get to the Ramón y Cajal Hospital? We help you find the best route. Although this will depend on the comfort you are looking for, how much time you have to get there or, even, your budget. For this, we will explain to you all the options available according to the type of transport: metro, bus, train, car or taxi.

The exact address of the Ramón y Cajal Hospital is on the road Colmenar Viejo km. 9,100 (Madrid).

How to go by metro

You can get to the hospital by metro on line 10, as there is a metro stop at the station Begoña, which leaves you about 500 metres from the hospital. If you are in the centre of Madrid, you can access this line through any of the metro stations such as Príncipe Río, Plaza de España or Tribunal, among others.

If none of these metro stations are close by, there is always the possibility of connecting with another metro line, such as for example line 5 in the area of La Latina and changing at Alonso Martínez to continue on line 10. The estimated travel time from the centre of Madrid to the Ramón y Cajal Hospital is about 40 minutes. The price of the metro ticket if from 1.50 euros.

How to go by bus

It is also possible to get to the hospital by bus. There are several lines that run through the area, so depending on where you are, you will have to find the one that suits you best. These are the lines 125, 135, 67, 83 and N20 (the night bus).

If you are in the centre of Madrid, it is very likely that none of these lines go through the area you are in. So, here are some possible combinations of routes from Gran Vía, in the centre of Madrid: you can take buses 1/2/46 and 74 and then change to the number 147 at Santa Domingo and after that the number 135 which you will get on at Castellana-José Vasconcelos. The journey lasts approximately 45 minutes or an hour, depending on the traffic when you travel. The price of the bus ticket is from 1.50 euros.

How to go by train

The trains work very well and are widely used among the public. These trains are also able to take you to the Ramón y Cajal Hospital, as there is a station called Ramón y Cajal, which has its own stop in the Hospital.

The train lines that will take you to this stop are the C3, C7 and C8. From the centre of Madrid, you have a direct connection with line C3 from Sol, which will take you to the hospital in approximately half an hour. If you are near Chamartín you can also take the trains C7 and C8, taking half an hour or maybe a little less. The price of the train ticket is more expensive than the metro or bus, and costs 1.70 euros.

How to get to the Ramón y Cajal Hospital by car, in a vehicle with a driver or by taxi

How to go by car

We also want to explain to you how to reach the hospital if you have your own car. The hospital is around 20 kilometres from the centre of Madrid. You can take the m30 and, depending on the traffic, you will reach the hospital in around 20-30 minutes. You will have to take the M-30, direction A-3 from Marqués de Vadillo and continue on it until the M-607 Carretera Colmenar, taking exit 9A.

How to go in a vehicle with a driver

If you do not have your own car but do not want to travel on public transport, you can always go in a vehicle with a driver, such as Uber or Cabify. The journey will cost around 16 to 18 euros, going from Gran Vía in both cases.

How to go by taxi

Another option is to use the city’s taxi service. This service costs approximately €20-30, varying depending on the amount of traffic that there is at the time and from where you are.

What is the best way to get to the Ramón y Cajal Hospital?

As you can see, there are several options available to be able to get to the Ramón y Cajal Hospital from the centre of Madrid, and all have their advantages and disadvantages.

Using your own car is very convenient and usually quite quick, but you have to take into account what the traffic is going to be like at certain times which means it may take longer. Also, at times it is difficult to find parking at the hospital.

Going in a car with a driver is the most convenient option, the disadvantage is the cost, although it will be fixed from the start of the trip and this price will not be affected by the traffic. However, the taxi has a price that varies according to the travel time, so the traffic does have an impact and it is also more expensive.

The bus is cheap, but it can be late depending on the traffic conditions.

On the other hand, both the metro and train are often on time and the arrival time will hardly be affected from your departure, so we recommend any of these two services. Especially the train, as you will find a stop in the city centre and it lets you off right at the hospital’s door.