Portada » News M30 » Levels of autonomous driving: What are their functions?
Innovation

Levels of autonomous driving: What are their functions? 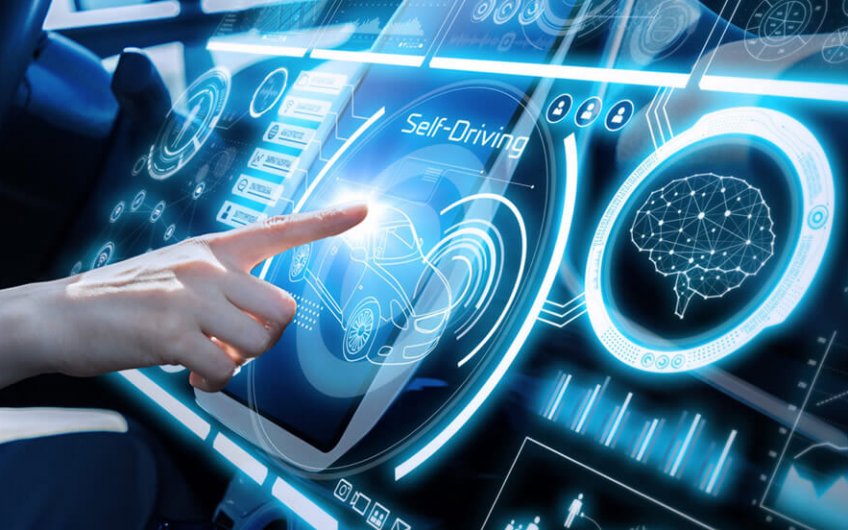 There are different levels of driving automation according to the human intervention required by each vehicle. Autonomous driving is already a possibility that is being implemented by the main automotive manufacturers with the aim of minimising the margins of human error.

The calculations made by the European Union are compelling: 95% of road accidents derive from human error. For this reason, companies and the government are already working towards 2030 as the reference date for autonomous or driverless vehicles.

We describe the main levels of autonomous driving and we will explain the role of human beings in each of them.

The levels of autonomous driving are progressive according to the degree of automation. Level 0 is the least automatic, and the driver is essential. But level 5 allows a greater degree of automation, with the systems fully automated. The future is associated with dispensing with the human being as the driver.

This is the classic driving level that we are familiar with and the only one until a few years ago. The idea is that the driver makes all the decisions in directing the vehicle and has to move their hands and feet to do so. When we get our driver’s license we are taught to drive under this premise, and this is logical in order to respond to various situations.

Level 0 is directly related to the analogue society. Clearly, you have to remember that without the internet, automation was more difficult and most of the issues were related to specific aspects such as the gearbox.

Level 1 already assumes a certain automation of functions to make it easier for you to drive. The two most important aspects included are involuntary lane change alert and cruise control or timer.

These are designed for driving on a motorway, where we can travel several kilometres without moving much. Both will allow you to rest a little from the steering wheel or to constantly step on the accelerator. However, you have to pay attention to steering the vehicle.

Level 1 autonomous driving elements are already offered in most new mid-range vehicles. If you want to buy a car, it is very likely that these types of accessories are already included to make driving easier.

Level 2 or partial automation means a greater degree of autonomy, for example, you will be able to park without needing to do anything. Another possibility is adaptive cruise control, which can adapt the speed to the traffic environment. This means that certain braking or acceleration functions are autonomous.

This is a major evolution because direction and speed are controlled. Here, there is already the possibility of carrying out an official action thanks to sensors that detect obstacles encountered along the way. The great advantage of this is that your risks will reduce exponentially.

Today you can already find new vehicles that offer level 2 autonomous driving systems, such as the Mercedes-Benz E-Class.

Driving level 3 is a qualitative leap because, in this case, the vehicle’s automatic system is already making driving decisions on its own initiative. It may sometimes be the case that the autonomous driving system of the vehicle makes decisions that the driver should make when they get distracted.

However, there is one premise that must be met in this type of vehicle, and it is that the driver must always be able to regain and take control in the event of a system failure. Level 3 autonomous driving is not yet permanent.

It is expected that from 2020 we will be able to find vehicles that are marketed in Europe that offer this possibility to improve driving, especially in traffic jams. Examples include the Audi A8 or the Model S of Tesla.

Level 4 will also mean a qualitative leap in regard to what we have been accustomed to until now. The main idea is that most of the functions will be automated and that the driver is dispensable, even if they have the same space and all the controls.

With this level of automation, driving would no longer be essential. However, the driver would have to indicate their destination and connectivity would become an essential condition to achieve this goal.

The implementation of level 4 autonomous driving has as a reference threshold the year 2030. Most major manufacturers are already testing prototypes that can fulfil this function in the near future.

Automated level 5 driving is, for the time being, a pipe dream for passenger cars, because  the vehicle would do everything. It is true that some manufacturers such as Volkswagen are already preparing self-driving taxis, but at the moment there is no such possibility for individuals.

The main aspect of this type of driving that you should know is that the role of the driver as we know it would disappear. Not without reason, it would no longer be necessary for there to be a specific compartment to steer the vehicle. This is the aspect that is going to completely revolutionize driving and is the ultimate goal of most automotive companies.

The European Union forecasts that this type of vehicle could already be on the market from the year 2030, when all authorisations are developed.

The different levels of autonomous driving are the guideline that motorists need to know in order to take advantage of the possibilities offered by the market. The general guideline is to introduce the first levels of automation in new vehicles and that, by 2030, 40% of cars sold in Spain will already have some kind of system.