What are the 10 longest tunnels in Spain? 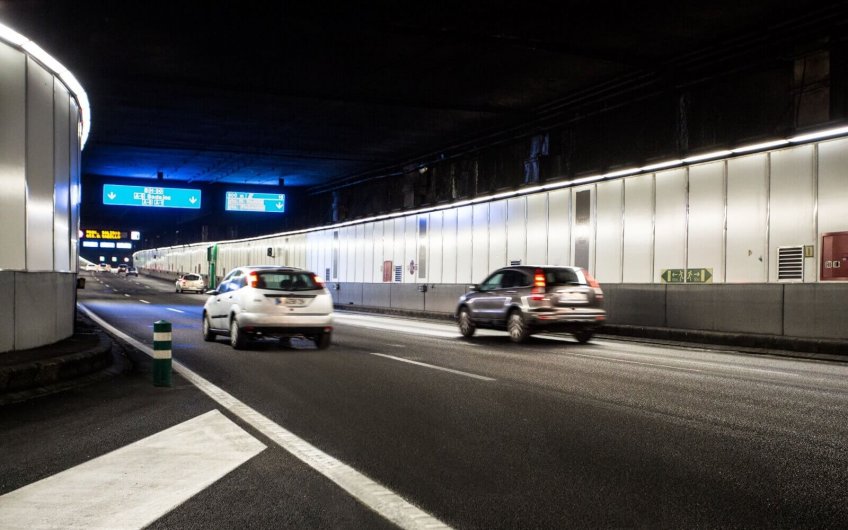 The Manzanares tunnel and the M-30’s South Bypass are two of the longest tunnels in Spain.

Tunnels have always enabled us to bridge distances that would otherwise involve a lot more travelling, due to geographical features that are difficult to get around with other alternatives. Spanish geography is as unpredictable as it is beautiful and that is why these infrastructures are so necessary.

The 10 longest tunnels in Spain

Below, we list the ten longest tunnels in Spain (in descending order of length). Find out where they are, how long they are and when they were built.

It is located in Madrid, on the M-30 bypass. It is the longest tunnel that is entirely within Spanish territory, measuring 5.97 km. It has two tubes and between 3 and 6 lanes in each direction, depending on the stretch of road.

It was built in 2007 and is part of the group of four tunnels that make up the M-30, the main ring road that circles the central districts of Madrid. In total, the four tunnels are over 43 km long. Therefore, they are part of the longest urban motorway tunnels network in Europe.

To go through this tunnel you will have to go to the central Catalan Pyrenees, in the province of Lleida. Located on the N-230 road. It was built in 1948 and is known as the Alfonso XIII Tunnel.

It is currently used for for dangerous goods and as an emergency exit to the new Vielha Tunnel.

This was inaugurated in 2007 as the Juan Carlos I Tunnel. It has three traffic lanes and is 5.23 km long, only 30 metres shorter than the old one.

This tunnel is also in the province of Lleida, located on the C-16 road, in the Catalan Pre-Pyrenees.

It is named after the mountain range it goes through; La Sierra del Cadí.

This is a toll tunnel, inaugurated in 1984. It is 5.026 km long and it is the third longest road tunnel in Catalonia, just below the two aforementioned ones.

Just like the tunnel in first place in this ranking, the Manzanares Tunnel, this one is also part of the M-30 tunnel network. It is therefore located on the Madrid bypass and was inaugurated in 2007 and is 4.8 km long. It has two tubes and three lanes in each direction.

Without leaving Catalonia, this tunnel is located in the neighbouring province of Girona. It is 4.556 km long and was built in 2009.

Thanks to this tunnel, there is no need to go up Bracons as it connects La Garrotxa and Osona more simply and quickly. It is part of the Bracons Tunnel Network, a network of eight tunnels and two false tunnels.

This tunnel is located between two autonomous communities, the Principality of Asturias and the province of León, in Castilla and León. It was built on the AP-66 motorway, known as La Ruta de la Plata (Silver Route).

It is a road tunnel and is 4.1 km long. This is the length of the first section that was inaugurated in 1983, although the project had begun in the 1960s, when an alternative to the N-630 and the Pajares Bypass was being considered. In 1997, the second section was opened which is 4.144 km long.

Inaugurated in 2009, it is located on the AP-1 motorway, between the Basque provinces of Álava and Guipúzcoa.

It is 3.377 km long: 1.3 km in Álava and 2.077 km in Gipuzkoa. It has two tubes with a circular section and a large part of its route runs parallel to the Lastur Valley.

The Northwest Motorway (AP-6) has this tunnel that gets around part of the Central System, specifically, the Guadarrama mountain range. It is located between the province of Segovia and the Community of Madrid, between the towns of San Rafael and Guadarrama, respectively.

The excavations dragged on for years, between 1963 and 2007. The first section was inaugurated in 1972, with a total length of 3.34 km. Today, it is part of the Guadarrama mountain range and has three tubes: one for each direction and a third depending on traffic needs.

Back in the day, it was seen as a landmark in the field of infrastructure of this type as the tunnel could take traffic in both directions.

At 3.17 km long, it is the longest tunnel on the Canary Islands. It is located on the island of Gran Canaria, on the GC-200 road. Inaugurated in 2007, it connects the towns of La Aldea and El Risco. It has two tubes for each direction of traffic.

This 3.07 km tunnel, in the central Pyrenees, links the Bielsa and Aure valleys. It was built in 1976, the result of an international agreement with France. You will have to get to Huesca to go through it, as it is built on the D-173 road. One of its features is that it only has one tube.

These are the longest tunnels in Spain that you may come across on any road trip. As you can see, they are located in the most mountainous areas of the country, such as the Pyrenees, although you can also go through some in the Community of Madrid or in Gran Canaria.