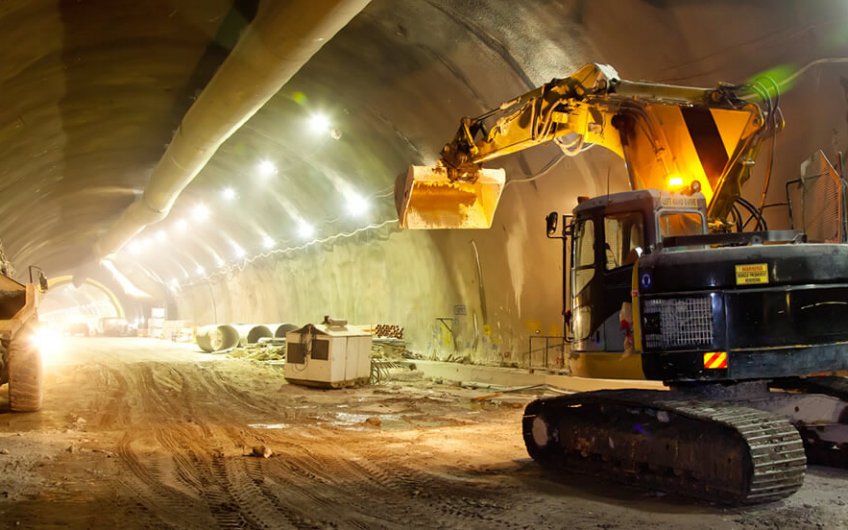 The M-30 tunnel construction ended more than ten years ago as the largest urban tunnel construction in a European city. To project the construction, the resistance of the materials used in the tunnels was taken into account. Similarly, the safety of the work during construction and the level of safety that the finished work would result in for drivers was assessed at all times.

Fire resistance is another factor that was most taken into account in the design and use of materials for the tunnel construction. It was of particular importance to ensure when designing, that  fire evacuation was the most appropriate and that materials withstood high temperatures until the emergency services could arrive at a hypothetical emergency.

Materials used in the construction of the M-30 tunnels

We can identify two main materials types used in the construction of the tunnels: materials used for the containing structure and for the structure contained itself

A universal ring was adopted for the project that consisted of 10 prefabricated segments with an approximate 60 centimetre edge. With them, two metre long rings were formed, with up to 19 possible arrangements.Taking advantage of the characteristics of the prefabricated elements, polypropylene fibers were added on site to avoid the effects of concrete surface breakage due to sudden changes in temperature.

There are two distinctive main elements:

Security levels at the site

For the interior lining of the tunnels, the materials used were sought to achieve a series of very specific objectives in terms of safety and protection.

For the false ceiling and walls that separate the  ventilation ducts

To make the false ceilings and walls that would define the conduits of the tunnel ventilation circuits, the materials had to satisfy the fire resistance of Level N0 .

The walls were constructed with Level N1 fire-stable materials in which the continuity of the ducts would be vital to allow any emergency services interventions.

Technical rooms and sites for ventilation.

For on premises fire risks, materials were used that provided dividing elements with a fire resistance N1 level .The use of N2 was applied in cases where the loss of an equipment room may affect the function of services in the tunnel, such as adequate ventilation for shelters and flow areas to outside.

Facilities for evacuation and user protection and emergency services access

For the sections of communication between two tunnels with a shared wall, the doors and closures between them were built with materials that shared the same level of resistance as the wall. When the case occurred that the tunnel wall was not shared, the materials for the construction elements that served as a closure between their communications were selected to present a level resistance N2.

The slab that supports the road

In the event that the slab supporting the roadway, had to meet an N0 level requirement, as long as they did not restrict areas below their level that require a higher degree of resistance, according to the situations explained for the previous spaces.

The ring segments were used for the tunnel lining guarantee an N3 level fire resistance.

A reinforcement coating of about 5 centimetres for exposed sides to possible fires, polypropylene fiber concrete 18 microns in diameter and with dosage of 2 kilograms per cubic metre.

For the taxiing platform the requirement of fire resistance had to be of an N2 level, so the provisions were:

The levels of fire resistance in materials that were used for the constructing elements that played a key role in the safety and protection of people are divided into four different categories.

This is the level that corresponds when it has been assessed that there is no risk of linked collapse in cases of localized breakage of the structure. Materials of this level are used when the loss of an element for the structure does not involve the transfer of load forces on other parts.

Is a level that guarantees structural resistance considered in most fires, as long as they are not excessively violent.Materials at this level are used when constructing structures that are important so that the emergency services can act.

Is a level of fire protection materials that are applied to installations that must be adhered to regardless of the virulence of a fire, in order for security to be guaranteed during evacuation  for shelters and by emergency services operations.

Level N3 refers to construction materials used in sites that must withstand maximum temperature and violence fires and for the longest time. It is applied to structures in which the stability is vital to avoid critical collapse that may cause serious safety damage in all cases.

The construction of the M30 tunnels meant a series of challenges were addressed with a detailed project about the types of materials that had to be used, their fire resistance levels and the design in plans for the elements to be built.