How does the M-30 tunnel ventilation system work? 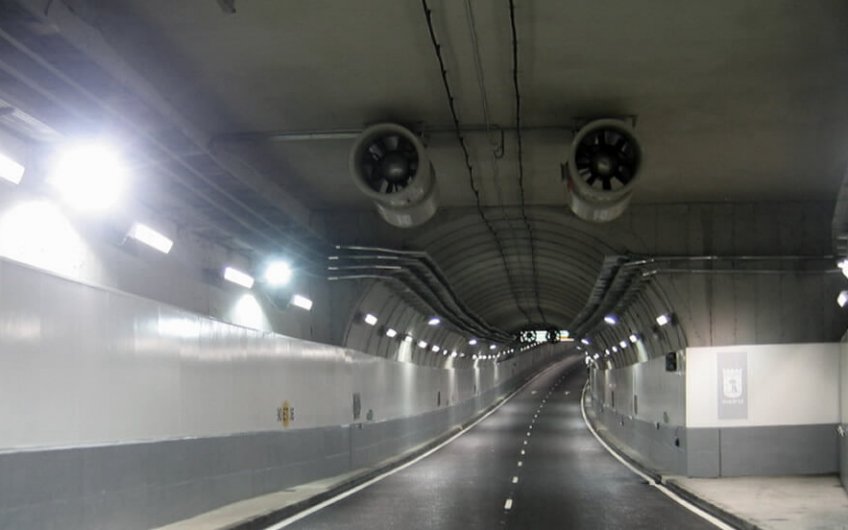 Ventilating the M30 tunnels is vital to ensuring the safety of its users in the event of an accident or fire.

This road has a total of 48 kilometres of tunnels, which are equipped with 2 different ventilation systems that allow them to comply with road safety regulations.

These 48 kilometres have up to 900 fans and 19 air filtering stations, which also guarantee the safety of the air that’s breathed, just like with the tunnels you find in underground metro networks.

How the tunnels on the M30 are ventilated

When made operational, the control of the ventilation system is distributed, since the entire tunnel network is divided up into different sectors that facilitate this control. This is carried out by remote control units that focus on those specific sectors, guaranteeing their correct operation and maintenance. Each zone is configured with a specific control algorithm, all of which are based on common general criteria. The service algorithm is based on jump-starting the ventilation system according to contamination levels that have been predefined in advance, thanks to the readings of contamination sensors located throughout the tunnels.

When made operational, the filter system also comes into play, which is responsible for cleaning the air before it is released to the outside.

When there’s a fire, there are established action protocols for the system that are followed in detail by the operating personnel.

The types of ventilation that exist in the Madrid Calle 30 tunnels are:

With these two types, the ventilation system injects fresh air and draws out and extracts the stale air. These sections are around 600 metres long.

As you can see, M30 tunnel ventilation system needs to operate correctly as it is vital to guaranteeing its users a quality service while driving and to confidently dealing with an accident or possible fire that could occur.