Solar panel smart roads: the asphalt of the future? 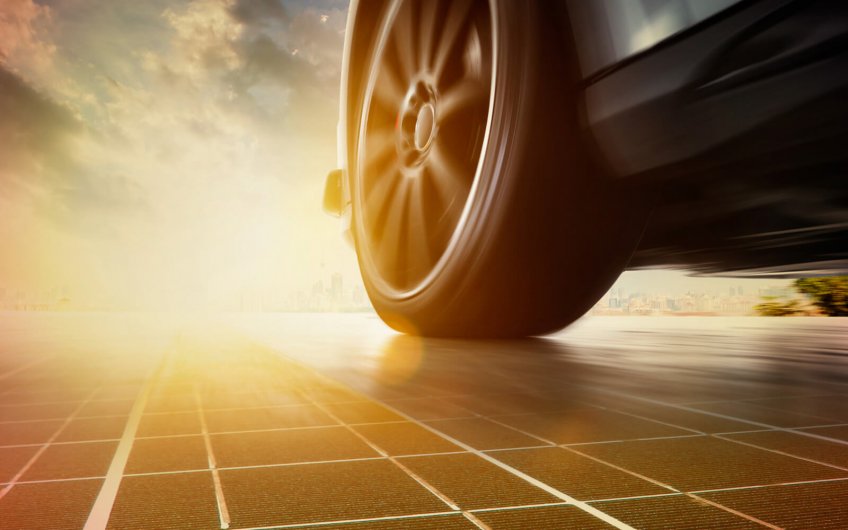 One of the initiatives to solve the serious problems we are currently suffering because of global warming concerns the implementation of alternative energy systems on solar roads. This solution lies in utilising the existing road network to try to make real and effective use of natural resources.

This project has been heralded as a revolution and has already been put into practice in a number of countries. We will take a look at the pros and cons and some of the results from the trials that have taken place in countries such as France, Holland, and the Unites States.

What are solar roads?

A solar road is a road whose surface is covered by photovoltaic cells in such a way that vehicles can transit over them and generate electricity or alternative energy.

They started by manufacturing hexagonal panels, made mainly from high strength recycled glass, to bear the weight of trucks and provide vehicles with better grip.

The need to look for alternative energy sources means that energy created through the use of these solar panels can even cleanly light cities, traffic lights, street lights and so on. These roads can even help charge electric vehicles whilst they are moving.

It is estimated that for every kilometre of solar road 1,100 solar panels are used, which would produce 8.3 megawatts/hour. This energy would be enough to supply 250 homes.

One of the advantages of these roads is that they’re self-cleaning. What’s more, the aim of developing these technologies is, logically, lower maintenance and construction costs which will come to pass as the specialisation grows.

The outlook for solar roads is so positive that any high investment made will be “recycled” and will pay for itself in the shape of renewable energy for various projects as was mentioned above.

Solar roads fully tie in with the concept of sustainability that the planet is much in need of today. Two advantages of this concept come together in this innovation. They are the optimisation of existing resources, such as asphalt roads, and the reduction of the material and energy demands we currently have.

Solar roads also have their downsides.

Theft of pieces has already happened in China. Theft means the stretch of road has to be closed for a few days for repairs and is costly.

Laying solar panels is undoubtedly more expensive than laying asphalt and currently it is in the testing phase to analyse the results and make decisions on its suitability.

Many factors affect the energy performance of solar roads, such as the number of vehicles and the true level of generation, which lags behind the more direct and receptive solar roof tiles.

Solar panels must take energy from the sun and heavy traffic impairs their working. Likewise, if they are laid in areas that don’t see much sun, energy generation will be much lower.

Trials all over the world have experienced different levels of success:

In 2014, the Solar Roadways company announced that it would develop the first stage of solar road in the United States, in Missouri. In 2016 and after almost 6 million dollars of investment, its implementation was a failure. This was one of the first trials for this project anywhere in the world and it failed with more than 83% of the panels breaking.

SolarRoad was more successful in Holland. It laid glass-covered panels on 70 metres of asphalt. The result was the generation of 3,000kWh of clean energy over six months. This year it has launched another scheme: Solar Highways. This uses a 400m screen on the noise barrier featuring double-sided solar cells.

The project was launched in late 2016 and was a failure. Almost 3,000m2 of solar panels were laid over a kilometre to produce 790kWh per day.  In the first year it generated half the expected kilowatts.

Solar roads have been both a success and a failure. Increased roll-out will be a gradual process although investment will remain a risk factor. Time will tell.