Portada » News M30 » M-30 tunnels: How can we inspect the longest urban tunnels in Europe?
Innovation

M-30 tunnels: How can we inspect the longest urban tunnels in Europe? 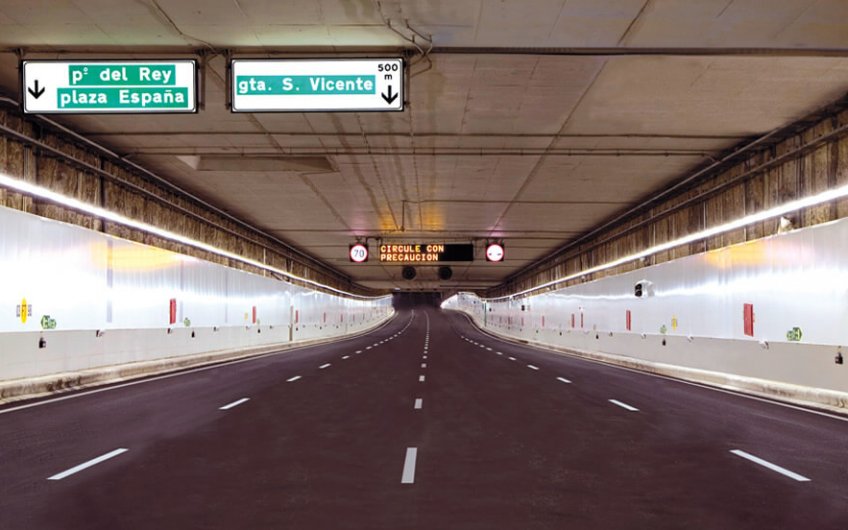 The structural inspection in the M-30 tunnels  has posed a challenge since the beginning. The current Spanish legislation has not made any reference to these inspections. For this reason, a specific procedure had to be developed in order to carry them out.

Since construction ended on it in 2007, the M-30’s tunnels have posed a significant challenge to engineers. Its long length and structural diversity required a detailed and concise inspection plan from a timing perspective

Method of the structural inspection of the M-30 tunnels

Royal Decree 635/2006 from 26th May, details the minimum security requirements in the State’s road tunnels. However, in this standard nor in any other national standard is there any reference made to the inspections for the tunnels’ structure.

Thus, from the contract to maintain and operate the M30, it was decided that a methodology of its own should be created. So, work begun on drafting a document that would state how both the tunnel inspection and all its associated elements: emergency exits, ventilation shafts, equipment rooms and any other similar element, must be performed.

Phases of structural inspection in the M-30 tunnels

The inspection is carried out in four phases, with the following standing out: structural sectioning, field inspection, assessment of the structure’s status and the creation of a final report.

Initially, it was studied how the tunnel inspection could be implemented. To do so, the tunnel’s 48 kilometres were sectioned off, where all the changes in construction type were identified, both in terms of flagstones and gables, and the different single points, such as the crossings under the Manzanares river or the areas with overlapping levels.

A key tool used to implement the inspection was Laser Scan used to scan the tunnel. Thanks to this, real images of the tunnel were obtained in 2D along with thermographic images, which allowed for a good part of the problems to be detected from the image

The inspection of the road sections is done during the night. In this way, the roads are barely affected. During an available time slot of around 5 hours, the engineers specialising in this type of structures perform the detailed inspection.

For access to the different inspection points, different means are employed. Generally lifts are used to inspect the flagstones and gables. In some cases, techniques such as core extractions, georadars or SASW seismic measurement to supplement the information for more specific problems

The issues detected on the field are shown on Laser Scan images. In this way, the evolution of the problem in one inspection campaign or another can be easily compared.

3. Assessment of the structure’s status

The description of issues on the Laser Scan images provides a qualitative idea of the tunnel’s status. However, what was needed was to be able to quantify the status of the structure based on objective and independent parameters from the engineers who would carry out the inspection. To do so, a procedure was created to establish the assessment or index of the structure’s status.

The way to implement it is via a sample where a series of values are assigned to the damage observed. Depending on the severity, the location or if the damage occurs again over time, that value is penalised and the result of the inspection will be less favourable.

In this sample there are three separate sections: Visual Inspection, Themographic Inspection or Construction Elements. The first one makes reference to the damage identified in the field phase, such as filtrations or repairs. The thermographic inspection obtains data from the analysis via thermographs and there, damp or water flows can be seen. Finally, the construction elements refer to changers in the building sysytem, special building processes, overlapping roads, etc.

All the previous analysis is reflected on a final report where both the obtained results and the method used is observed. The aim it to always show the tunnel’s current appearance. In order to make it more precise, images from the thermograph, field inspection sheets, type maps, description of the problems obtained by different methods and road assessment maps are all provided .

Due to its precision, this final report is the starting point to establishing and prioritising actions depending on the damage found.

Ultimately, thanks to the inspection procedure performed on the M-30 by the specialist engineers, a faithful picture of the status of the tunnels is available which allows for actions to be prioritised and to easily compare the evolution of the tunnels between the different inspection campaigns.