Portada » News M30 » The speed cameras of the M-30: here they are and how they fine
Circulation M-30

The speed cameras of the M-30: here they are and how they fine 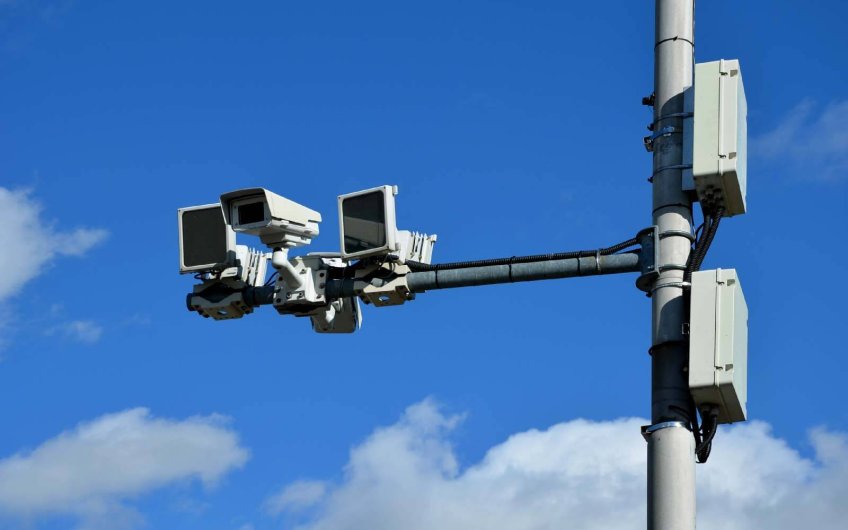 One of the roads with the most surveillance throughout the Spanish territory is the main ring road in Madrid. The speed cameras of the M-30 have always been among the most active in the country and are the source of the highest number of traffic tickets in Spain.

On top of the installation of fixed cinemometers in the avenues and tunnels of this road that surrounds the capital, mobile-type speed cameras are sporadically added in several more points.

Until 2017, one of the speed cameras with the most sanctioning activity in the country was the one at the Portugal Avenue tunnel. Along with the one in La Paz, on Castellana Avenue, both competed for first place regarding infractions in Madrid, with collections of about 5 million Euros each per year.

As of 2017, the most prolific speed camera in terms of fines is located southbound at the entrance of Marqués de Monistrol tunnel, in front of Casa de Campo, exceeding 5.8 million Euros per year.

The section, like almost all the others of the M-30, is signposted for a maximum speed of 70 km/h, with an estimated margin of error of 10%. This means that the speed camera clocks vehicles driving over the speed of 77 or 78 km/h.

During the mentioned year, this speed camera took more than 22,000 photographs of speeding vehicles, and in 10,900 of those cases the sanction was enforced and effectively processed.

According to statistical sources of the Local Police, each year about 8 million vehicles go under that speed camera. The figures provide specific data: 7,223,862 vehicles correspond to passenger cars and 754,000 to heavy transport.

Madrid City Council has focused its speed camera control campaign on the M-30 Avenue, where 23 of its 26 fixed speed cameras are located. The total collection obtained in the municipality of Madrid for the payment of speeding infractions has increased by 35% between 2016 and 2017, a record number.

The cinemometers that fine less

On the opposite side, there are three speed cameras whose collection stands out as the lowest of the entire avenue (and, in general, of the entire City of Madrid). Specifically, those located at the roundabout of Legazpi, at Santa María de la Cabeza and the one at the exit of the south junction.

All fixed speed cameras on the M-30

Here you have a list that contains all the fixed speed cameras on the M-30, their location on the road and the direction in which they are placed:

Mobile speed cameras in the M-30: they are usually installed here

Regarding the layout of mobile speed cameras, logically, there is no fixed pattern regarding its location, but we can highlight some recurring points that are usually preferred by traffic officers.

One of the most common locations is at the bridge on Mediterráneo Avenue, generating about 300 fines per day.

Another of the frequent mobile speed camera locations in Madrid is on the M-30, at the Vaguada area. Between the kilometres 27 and 29, the concentration of accidents with injuries has triggered the City Council to increase speed controls in order to ensure road safety.

In short, the conclusions that we can draw are that the collection through fines is increasing significantly in parallel with the activity of the speed cameras on the M-30, and that the south section is one of the most affected.