Operation and location of traffic light cameras in Madrid 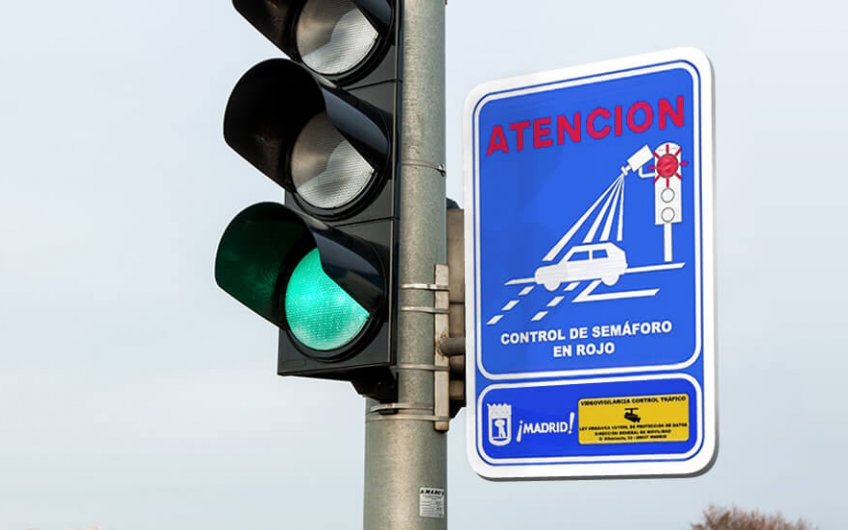 Although red light cameras in Madrid aren’t new, they are still an unknown for many drivers, especially if you aren’t used to driving in the Spanish capital. Also known as traffic light cameras, these are the ones that catch us if we jump the lights. Jumping the lights is punishable with a €200 fine and four points on your driving licence, although you do have the option to reduce the fine to €100 by paying quickly.

How do red light cameras work?

These cameras are devices that fine drivers who jump the lights. However, the latest versions of these traffic light cameras have improved. In addition to fining you for jumping the lights, they will also issue penalties if they detect you have committed other offences such as driving without your seatbelt on or using your mobile phone whilst driving. They use an infrared camera to capture the registration number and another colour camera which takes five photos to identify the make, model, and colour of the car.

The cameras are situated 25 metres from the stop line. When you come across them you can see the specific sign warning you of their presence. The cameras are activated when the traffic lights are at red. Logically, then, they cannot penalise you if you go through green or amber lights. They can only take photos of vehicles with licence plates (cars, motorbikes, vans) when the lights are at red. Therefore, they cannot sanction pedestrians or cyclists. Although, the police can fine you if you commit an offence whilst walking or cycling.

It should be stated that there are exceptional cases in which we have to jump the lights in order to let vehicles such as ambulances, fire engines, and police cars through. As the traffic light cameras take a series of photos, the traffic officers who review them will take into consideration that you have committed an offence in order to let an emergency vehicle through, and, as such, will not send you a fine.

Where are the red light cameras located in Madrid?

There are 16 red light cameras in Madrid, spread all over the city. Some streets, such as Avenida de los Poblados, Paseo de la Castellana, Avenida de la Peseta, and Avenida de Andalucía have several red light cameras, which are all duly signposted. We can also find one on the access road to the A-6.

Madrid City Council states that these cameras have been installed at the most dangerous intersections: those where vehicles approach coming downhill, intersections where there are accidents involving pedestrians, locations suggested by the general public, close to schools or hospitals, intersections leading to high-speed roads… Therefore, they want us all to be safer on the city’s streets, which includes both drivers and pedestrians, cyclists, and motorbike riders.

The implementation of red light cameras in Madrid is just one of a series of initiatives designed to prevent traffic offences and improve safety for the city residents. They only activate when the lights are at red and they are a way of insuring that bad driving does not go unpunished. The €200 fine and four points will make us think twice about jumping the lights.