TFC improvement actions on the M-30: safety and grip for tyres 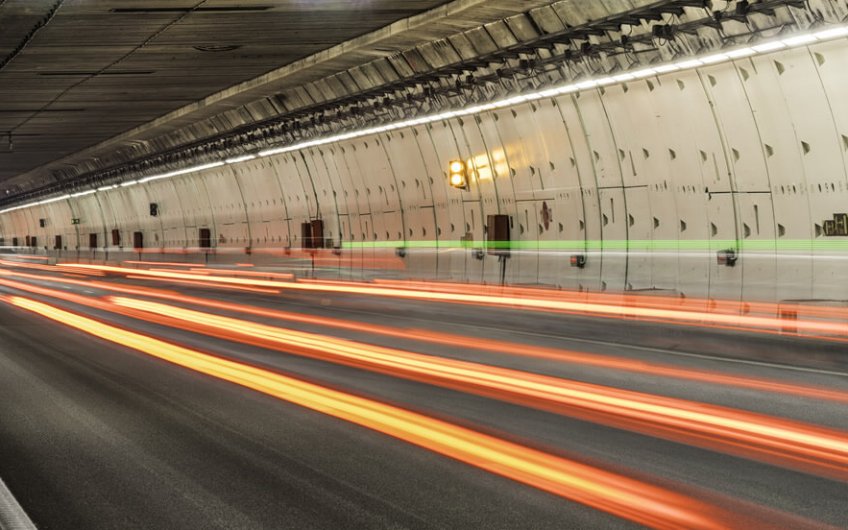 The Transverse Friction Coefficient (known by its acronym as TFC) is the coefficient that measures the tire-road grip. High TFC values ​​guarantee good braking, and curves can be traced safely.

In the case of the M-30 tunnels, it is essential to have certain initial precautions and undertake periodic actions to maintain this parameter at appropriate values ​​that allow drivers to make their journeys safely.

How does the TFC affect the grip of the tyre?

The Transverse Friction Coefficient or TFC refers to the resistance to sliding in a transverse direction of a particular pavement. That is, it indicates the adhesion of the tyre to the asphalt

This adhesion varies depending on whether you are facing a dry or wet asphalt:

The analysis of TFC values ​​is essential for road safety. Low values ​​of this parameter indicate that the risk of some accidents increases and, therefore, actions would be necessary.

In point 2.3.1 of Appendix I of Royal Decree 635/2006 of 26 May, regarding minimum safety requirements in State road tunnels, it is outlined that the slip resistance measured by the TFC of the sign inside the tunnel must not be less than 60, except duly justified reasons.

What actions have improved the Transverse Friction Coefficient in the M-30 tunnels?

Since the opening of the tunnels in 2007, an exhaustive control has been carried out and different solutions have been studied to maintain this coefficient in adequate values.

First year of circulation in the M-30 tunnels

This layer of residual bitumen in asphalt pavements located in open spaces tends to disappear after a few months of being put into service due to:

However, in the tunnels, as none of these three factors exist, not only did it not disappear but also hardened giving rise to a low adhesion surface.

Solution to increase the CRT of the M-30 tunnels

Given this situation, it was seen that it was necessary to eliminate this residual bitumen that provided low adhesion

In order to carry out this elimination, the most effective techniques turned out to be hydro-roughing by water at very high pressure (2000-2600 bar), and shot blasting by projecting small steel balls.

For new flooring, the use of sweepers with steel spikes was also effective, immediately to the extent of the mixture.

After the first year after the elimination of residual bitumen, it was observed that the TFC values ​​fell again considerably.

In this case, it was found that the decrease in values ​​was due to the accumulation of volatile organic compounds (VOC), residues from the combustion gases of vehicles.

After carrying out several traditional cleaning tests by using sweepers and street-washers, without achieving satisfactory results, it was finally possible to raise the TFC values ​​by using water at pressures of 1,200-1,500 bars.

The next five years

With the passage of the first years, it was found that cleaning by pressurised water of 1,200-1,500 bars provided adequate TFC values ​​over a period of two to five years. It is necessary after this period to perform new actions to recover the TFC values.

The areas where this value fell most sharply were the places of VOC accumulation such as the areas of incorporation and exit to the route, and the access and exit ramps of the tunnels.

On the other hand, it should be noted that in some areas it was not possible to recover the TFC values ​​even if cleaning techniques with pressurised water were performed. These are the areas where the aggregate polish had occurred. In these cases, it was seen that the most recommended was to use the shot blasting, projecting small steel balls on the asphalt.

The maintenance of the TFC at certain values ​​is essential to safely perform braking and cornering manoeuvres. And due to the rapid decrease of this parameter in tunnels, very meticulous monitoring is carried out, applying for each case the necessary measures that guarantee adequate values ​​of this parameter.

The evolution of the CRT in long tunnels with asphalt pavement is one of the topics discussed in the RUTAS magazine published in September. In it, they explain the practical case of the M30 tunnels.