Types of car lights: When are they used? 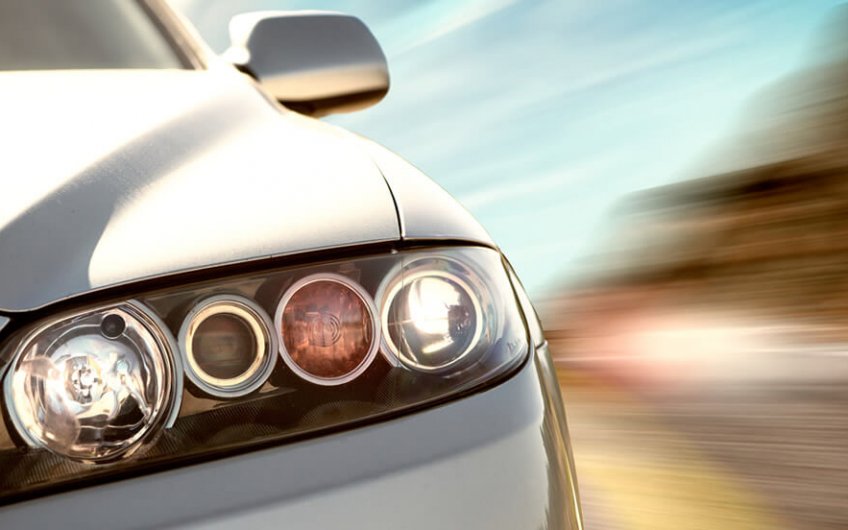 One of the key elements in road safety are car lights. When the roads are poorly lit, they become essential in order to see and be seen. But you shouldn’t always use the same type of lights, it will depend on what situation the road is in and the manoeuvres you want to perform. It’s very important to use them properly and ensure they work correctly, since otherwise you can be sanctioned by the authorities with a fine of up to 200 euros.

It is essential to know how car lights work in all situations that may arise while driving. You must pay attention and use them properly, because otherwise you risk bothering and blinding other drivers.

The type of car lights used will depend on the type of lane, adverse conditions such as rain or fog, or the manoeuvres being performed.

Low beams are always used from the time the sun starts going down until the sun comes up, that is, nightfall. But they also have to be used during the day, when the circumstances so demand, for example, when visibility is reduced by rain, fog, clouds of dust or smoke.

When you’re in special tunnels and lanes, such as reversible lanes, additional lanes or those enabled to drive in the opposite direction, you must also make sure to use your low beams. Their use is allowed on all types of roads, from motorways to side roads.

If your vehicle has daytime running lights, you should know that they never replace the use of your low beams.

High beams are only used at night and on roads with poor lighting. They can only be turned on if the car in front of us can’t be seen at 10 metres away, or a dark car at 50 metres going at a speed faster than 40 km/h.

If there is any possibility of blinding pedestrians, drivers approaching from the opposite direction, or causing flashes in the rear-view mirror of the car in front of us, you need to switch to your low beams immediately. We will also turn them off when there is an oncoming vehicle, even on medium-sized roads. They are prohibited inside of residential communities.

As their name indicates, they should be used when there’s fog. The rear fog light is mandatory when there is thick fog, snowfall and heavy rain, or dense clouds of dust or smoke. But the front fog light is not mandatory, thus it will never be essential for you to use it.

However, it is very useful to turn them on with our low beams in poor visibility conditions.

It is forbidden to use them if it is only raining slightly or if there is no longer any fog, since they can disturb other drivers. So, remember to turn them off as soon as you’ve regained visibility.

When you turn on the low beams, high beams or fog lights, the parking lights are activated automatically. They are used to indicate to all other road users the position and size of the car. Their only function is to indicate the position of the vehicle, and as such we can’t drive with just the parking lights on alone, since they are not bright enough.

So you should turn them on when you stop on intercity roads, when in town centres or at crossings, or if you have to pull the vehicle over into the shoulder at night.

All vehicles are required to have them. In addition, they appear in multiples of two and symmetrically. In addition to the two lights, a third mandatory brake light is added that is located in the upper central part and is red.

We turn them on by stepping on the brake pedal, and they alert users behind us that we’re slowing down. They must always be on, although the third may flash in the case of extreme braking.

Just like in the case of the brake lights, we can only activate them if we put the car into reverse. Our vehicle may have one or two reverse lights, always white, which allows us to indicate to the other drivers that the vehicle is moving backwards. In addition, they allow us to light up the rear of the car, which helps us to manoeuvre, especially at night or if we’re parking in a garage or a dimly lit space.

Now that you know how your car’s lighting system works, remember to preferably use your low beams, and leave your high beams and fog lights for when it’s strictly necessary. The brake and reverse lights will activate automatically when carrying out the corresponding manoeuvres. And don’t forget that the parking lights don’t illuminate, because they only serve to indicate to others where the vehicle is. It’s important to get your car serviced and make sure the lights are always in good condition.