Portada » News M30 » How to make use of underground energy in Madrid Calle30 and Metro Madrid?
Curiosities in M-30

How to make use of underground energy in Madrid Calle30 and Metro Madrid? 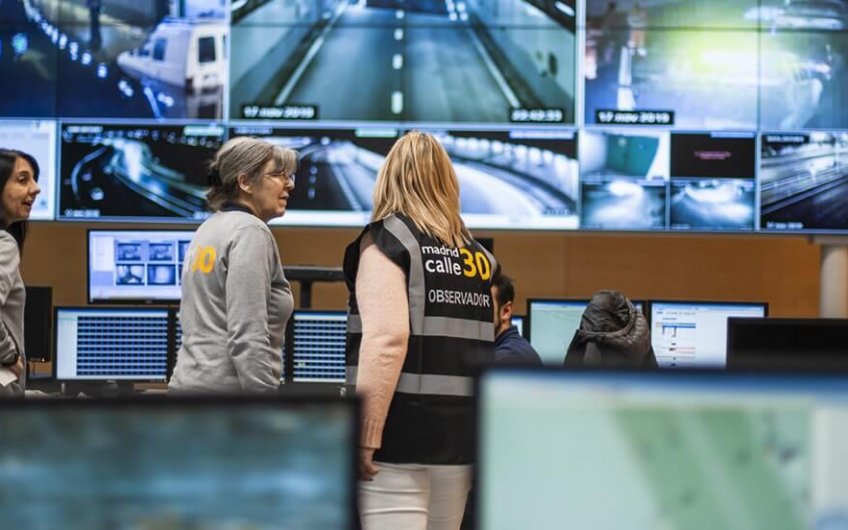 Using of underground energy in Madrid, present on metro platforms and in the M30 tunnels, would be a great step forward towards a sustainable city. The extensive network of tunnels under the streets of the capital is a potential source of energy underneath the city.

The study reports that this energy could supply heating in winter to more than 4,000 homes or generate domestic hot water (DHW) for more than 7,000 people.

How to make use of underground energy in Madrid?

The Madrid Subterra organisation has signed an agreement with the Higher Technical School of Engineers of Madrid Polytechnic University targeting making Madrid a sustainable city in the near future that uses clean and renewable energy from sources beneath the city.

This could be achieved by using infiltration water or the air temperature of underground infrastructure in Madrid Calle30 and Metro Madrid by means of heat pumps, exchangers, and thermoactive walls.

A heat pump extracts heat from a space and converts it into electrical energy. These pumps can be used to produce heating in winter, cooling in summer, and provide domestic hot water (DHW).To give you an idea, the air conditioning in your house uses this system.

In terms of subterranean Madrid, heat pumps would be used to exploit geothermal, aerothermal, and hydrothermal energy.

Geothermal energy comes from energy generated in the Earth. If you look at a geothermal map of Madrid, you can see that heat is unevenly distributed. Generally, Madrid lies in an area that produces very low temperature geothermal energy.

Geothermal energy is currently used to adjust the air temperature in metro stations. It has also been demonstrated that Madrid’s geothermal resources could produce 0.0177kW/m of heating, 0.0051kW/m of cooling, and 0.24 litres/m of DHW.

Aerothermal energy is thermal energy drawn from the surrounding air by a pump. In Madrid heat could be taken from M30 tunnels (generated by vehicle engines and exhausts) and from the metro (generated by the trains and their users).To extract this air would only require the installation of massive fans, which could produce an air flow of up to 100,000m3/h.

An effort has already been made to measure the internal and external temperatures of these tunnels and the external weather conditions. You will be surprised by the estimates of the energy that could be generated using this method: 0.0074 kWh/m3 of cooling, 0.0069 kWh/m3 de heating, and 0.14 litres/m3 of DHW. In other words, if the fans were able to actually run at 100,000m3/h, they would provide 740kW of heating, 690kW of cooling, or 14,000 litres of DHW per hour per fan in operation.

Hydrothermal energy is energy stored as heat in hot water. You would also need heat pumps to extract it.

In the metro and M30 wells roughly the same temperatures have been recorded, from which it has been calculated that they could produce:

Heat exchangers and thermoactive walls transfer heat between two fluids or between a solid and a moving fluid. In other words, they form a link between the place where heat is extracted and the place where it will be supplied. In Madrid, they would be used to transfer heat from the metro and M30 tunnels to homes.

Accordingly, heat exchangers could be used to make use of runoff water to control the temperature in metro stations. They residual heat could also be used to generate DHW through aerothermal energy. This could supply energy to many homes using the heat generated by the metro and M30 tunnels in Madrid.

If we want to maximise the underground energy resources of Madrid, an energy map needs to be created to determine where to build these structures for the highest performance. If this is possible, then you may soon see Madrid become a model to follow for sustainable capitals elsewhere.