We tell you how to rent an electric car in Madrid 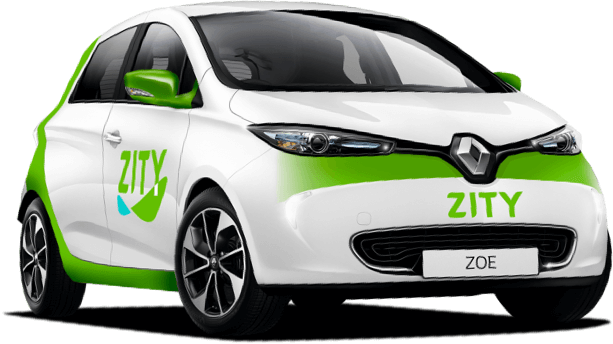 The electric car is the vehicle of a nearby future and little by little is increasingly present in our cities. In recent years Car2go and Emov have launched a successful electric car rental service in Madrid with the support of the City of Madrid. Making the most of what these vehicles have to offer, both companies give us the chance to rent a vehicle to get around Madrid.

Car2Go, owned by the German company Daimler, was the first company to take a chance on renting electric cars in Madrid. The first step to use their vehicles is to sign up, which includes a 20 EURO registration fee ―it is easy to find discounts on the registration fee. To complete the registration process, you must validate your driver’s license using the app, in person at a car2go shop (24 Pizarro St.) or validation point in the city.

Unlike the conventional rental model, in which the driver goes to a rental point to get a vehicle, Car2go works in a completely different way. You need to download the Car2go app, available on Android and iOS, and use it to find the vehicles parked in different parts of the city. The driver can reserve a Car2go for up to 20 minutes in advance.

When you get to the car, it is necessary to use your personal QR code to open it. The Car2go app functions as a key, simply enter the Car2go PIN number on a screen and drive off. The Madrid Home Area covers the central districts of Madrid, encircled by the M-30, although we find exceptions such as Puerta de Hierro. Once the trip is finished, the app calculates the price, which is 0.21 EUROS per minute or 59 EUROS a day.

To end your rental, simply park up anywhere on public parking spaces (green or blue zones) within the central districts ― it is free for electric cars. Car2go’s fleet consists of 500 all-electric Smart cars, the 350 cars with which the service was started in November 2015 and the 150 that were added later to reinforce the offer of electric rental cars.

At the end of 2016 Emov, the joint venture between EYSA and the PSA Group (Peugeot-Citroën), landed in Madrid to compete with Car2go. Both offer an almost identical service, although with some differences such as the type of cars or the service areas. Emov has a fleet of 500 Citroën C-Zero four-seat all-electric city cars in contrast to the two-seat cars offered by Car2go, which facilitate group travel in Madrid.

Emov also extends its service area, adding some neighbourhoods beyond the M-30 such as Pinar de Chamartín, Arturo Soria, the District of Concepción and Herrera Oria, to the central districts. These areas do not feature regulated parking spaces so, depending on the time of the day, parking can become a difficult task. In any case, electric cars have free parking in the blue and green zones.

To register on Emov, it is necessary to pay a 9-EURO registration fee. The validation process is entirely online. To register, the user has to send photos of their ID and driver’s license via the app ―available on iOS and Android. As with Car2go, find and reserve the closest car via the App for up to 20 minutes in advance, enough time to get to the vehicle.

The Smartphone functions as a key to unlock the car, and so you will need enough battery to end your trip. Their tariffs are 0.19 EUROS a minute or 59 EUROS per day; the driver takes and leaves the car in any public spot within the Emov service area, without having to return it. In addition to these two companies, two electric motorcycle rental companies, eCooltra and Muving, also operate in Madrid.