Portada » News M30 » What is the legislation for electric bicycles in Spain?
Curiosities in M-30

What is the legislation for electric bicycles in Spain? 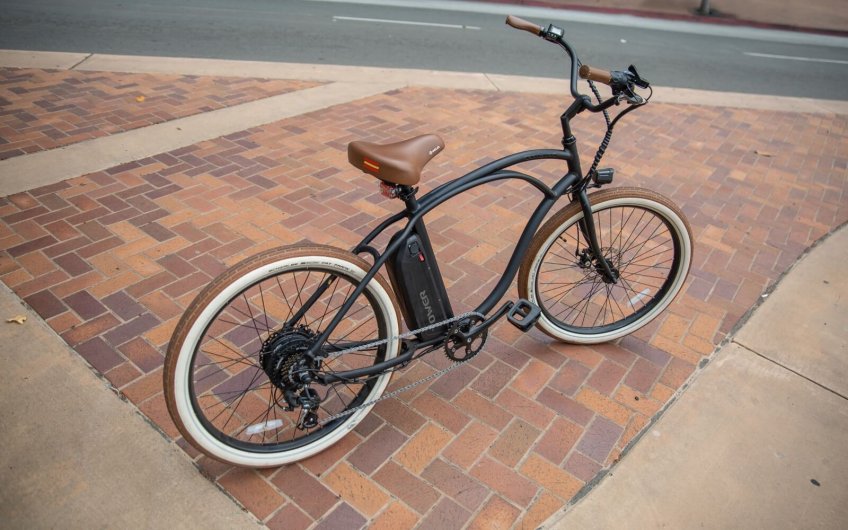 The legislation for electric bicycles in Spain arose from the popularisation of these machines, since their characteristics differ slightly from other traditional modes, above all regarding the maximum speed they can reach and that a driving license is not required. Although one might think they have more in common with vehicles like motorcycles, the truth is that the regulations that have been applied to them are quite different from other motor vehicles.

It is a bicycle that uses a motor with power and a battery that is charged via electricity or sunlight and often has self-sufficiency of 30 to 60 kilometers. Although they are older than we think, the fact is that their popularity in urban areas did not take off until the end of the 90s, including in Spain.

When is a bicycle validated as electric?

As with other motor vehicles, electric bicycles that are to circulate freely must comply with a series of requirements that are governed by European Directive 2002/24/EC and the national standards included in Article 22 of Royal Decree 2822. Said requirements are as follows:

The electric motor must be attached to the back wheel, next to the gears and among its characteristics, the most important ones are that it must have a maximum power of 250 watts and not reach speeds greater than 25 kilometers per hour. Regarding the motor’s ignition mechanism, this can only work when it is being pedaled. The motor must stop when either of these situations occurs:

Just like conventional bicycles, this type of bicycle must have a bell and two types of brakes, at the front and at the back. Regarding reflectors (to be seen in the dark), they must be on the sides, pedals and on the back. The regulations also indicate that this lighting equipment is completed with lights on the front and back parts.

Approved electric bicycles must not weigh more than 40 kilos (including the motor). If not, it is considered a motorcycle.

It is very important to strictly adhere to all these requirements to enjoy the advantages of electric bicycles without risking a fine. There is a certain controversy with so-called “accelerators”, which are installed on bicycles so that the motor starts more quickly. This automatically annuls the bicycle’s authorization.

Legislation for electric bicycles in Spain

Both European and Spanish legislation state that the authorization of electric bicycles means enjoying their use within urban centers with a series of advantages with regard to other motor vehicles. This means that, in the city, you can use it without a helmet and freely use the bike lane (not the pavement). However, you do have to use a helmet on roads and interurban routes.

You also don’t need a special license to drive them but you obviously have to know certain basic rules about road use, such as signals, and respect them. At night, certain rules apply, such as being equipped with white front light and red rear light, so that you are easily identifiable by other vehicles and pedestrians.

With regard to road tax and insurance, electric bicycles are exempt. Although this is good news for owners’ wallets, the fact is that it does involve a certain risk, since if there is an accident and it is your fault, you will have to incur all the expenses.

What about the batteries?

The batteries make the bicycles quite heavy, in fact, they add 8 kilos to the total. If you have to carry it every day to go up the stairs, this could be a big problem. In addition, you mustn’t forget that they need to be charged quite often so that the bicycle works. Some may be plugged into an electrical current once extracted but others cannot be removed and must be plugged in with the bicycle.

In conclusion, the legislation on electric bicycles in Spain has placed certain limits when establishing their characteristics. This allows you to benefit from advantages such as, traveling around the city center without a helmet and using the bike lane. To do this, it is required that the bicycle does not exceed 40 kilos and that it has a motor with a maximum of 250 watts.