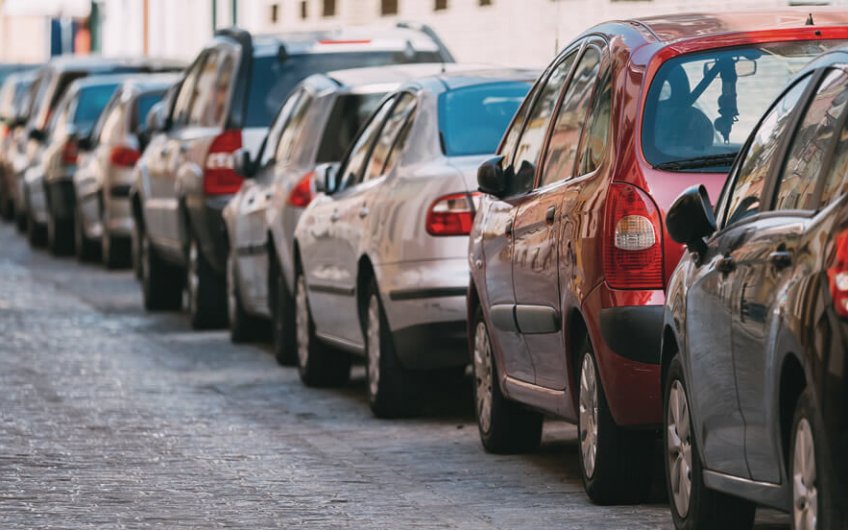 Every 15 May Madrid celebrates it special festival in honour of Saint Isadore the Labourer, San Isidro in Spanish, the patron saint of the Spanish capital. Many locals from Madrid ask where to park in Madrid Río to be able to enjoy the festival to its fullest. In this post we want you to find out all the parking areas nearby, both paying and free.

For several days the festive events flood the streets and gardens of San Isidro park and the San Isidro neighbourhood in Carabanchel. Dressed in traditional costumes, thousands of people from Madrid enjoy the pilgrimages, the verbenas (street parties) and the shows in a programme of activities in honour of the city’s patron saint.

The verbena street parties are celebrated in San Isidro park, on the banks of the Manzanares River. According to legend, it is here where the saint worked the land and was able to find water anywhere. And so, he made a spring of water burst out just by hitting a rock with a stick. It was then in this place and years later that a hermitage was built. Due to tradition it is thought to be a source of holy water that heals evils. Every year the people of Madrid come to this place to drink the water and to have several picnics in the vicinity, with traditional dishes.

Another great tradition is to wear typical chulapo and chulapa costumes to go to the regional dance, the chotis. Women wear a manila shawl and a carnation on their head. Mean wear a suit and beret. There are also numerous street performances during the festival. The cabezudos, big-headed figures, parading through the streets of Madrid may be one of the most acclaimed by the people of Madrid, as it marks the beginning of the festivities. You can also enjoy parades, folkloric groups and traditional dances.

Where to park in Madrid Río in San Isidro

If you want to go in your own vehicle to this festivity you need to know that there are several parking options. In Madrid there is a blue zone, a green zone, private car parks and free parking. The closest and most convenient area for you to leave your car can be Manzanares, Legazpi or Usera. Bear in mind that the blue and green parking zones are not free Monday to Friday from 9am to 9pm, and Saturdays from 9am to 3pm, all other times are free.

There are also free car parks on both banks of the Manzanares River, such as Paseo de Extremadura. Another good place to leave your car is the open area of Legazpi located on the street Ricardo Damas. As well as the Usera area, where parking is not regulated on the street. However, you must bear in mind that parking can be difficult during the San Isidro festival. Finally, there is also a private but low cost car park on the street Vencejo.

In short, if you like to enjoy the festival of San Isidro Labrador, patron saint of Madrid, you have several options for places to leave your vehicle. At night the blue and green zones are free, and there are also places where you can leave your car for free. Enjoy San Isidro!