Portada » News M30 » Who controls the speed cameras on the M-30 in Madrid?
Curiosities in M-30

Who controls the speed cameras on the M-30 in Madrid? 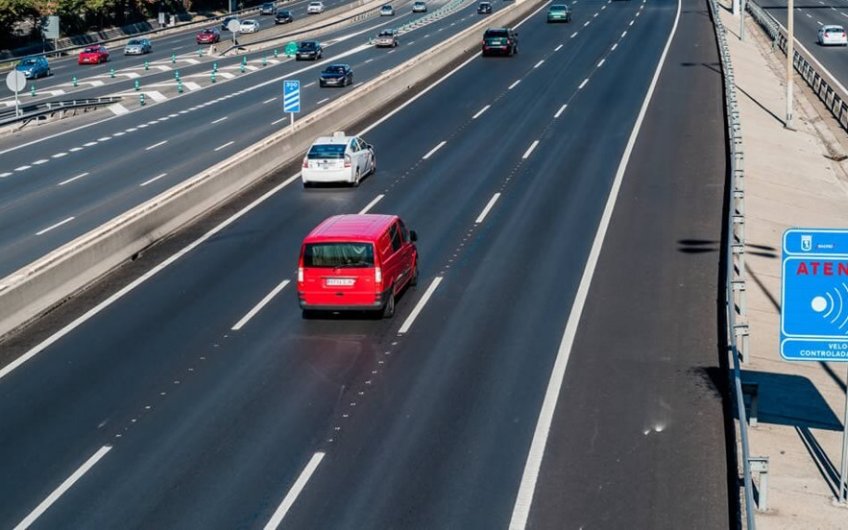 Knowing who controls the speed cameras is essential to know Spanish roads inside out, which every year, seek to improve the safety of those who use them. The competent agencies and municipal councils try to reach an agreement regarding traffic that allows drivers to be able to drive smoothly on a safe road.

The Directorate-General for Traffic (DGT) is the public body that is responsible for almost all decisions regarding traffic in Spain, but not on all roads. Discover who is responsible for the speed cameras both on and off the M-30.

Who controls the speed cameras in Madrid?

In Madrid, just like in other cities, speed limits are established when it comes to traffic. This means that fixed and mobile speed cameras can determine the exact location of the vehicles and detect their speed, checking if they exceed the limit set for the road section on which it is located.

Who controls the speed cameras on the M-30?

The M-30 is one of Madrid´s busiest ring roads. It is a road on which, unlike other speed controls, is under the jurisprudence of Madrid City Council, which is the entity in charge of positioning said surveillance network.

As it is one of the points with the highest traffic density in Spain, the M-30 currently has 15 fixed speed cameras that seek to reduce the risk of distraction at the wheel as well as knowing where the most sensitive points on a busy road are.

The Civil Guard is in charge of managing all fines from speeding, among others. The Benemérita has jurisprudence to be able to issue fines anywhere on the M-30, and therefore it is strongly recommended to obey all traffic signs as well as speed limits.

Who is responsible for the speed cameras off the M-30?

It is estimated that there are about 600 fixed speed cameras throughout the country and that they have been specifically placed by the DGT to be able to efficiently monitor traffic on Spanish roads. It is estimated that up to 1,500 sections are predictably controlled in view of the danger of the same.

These fixed speed cameras are also helped by the implementation of mobile speed cameras that enable offering extra surveillance that a section or road may need due to a special set of conditions. In these speed cameras located off the M-30, the Civil Guard is also responsible for ensuring safety and fining drivers who do not obey traffic rules if necessary.

What criteria are followed to install a speed camera?

The General Directorate of Traffic establishes a particular framework for installing speed cameras and different factors depend on it. Firstly, those considered black spots, or particularly vulnerable areas that need to be monitored due to their danger have special preference.

A stretch of track is considered a black spot when there have been at least three fatal accidents within a period of one year. In addition, another factor pursued by the DGT for the placement of radars is high traffic density, since particularly built up areas lead to a higher risk of an accident taking place.

Territorial distribution is another factor that usually concerns the public body. In an equitable manner, they try to cover sections that previously did not have any type of surveillance in a homogeneous and general way. Furthermore, on occasions, there is the impossibility of being able to place a speed camera in an exact place, since it requires a technical service which may not always be in place depending on where we are.

Traffic penalties have been increased on the M-30 due to the reduction of speed limits according to different zones. Madrid City Council justifies the provision of speed cameras throughout the ring road for safety reasons and for improved traffic flow in the Spanish capital, with the aim of minimising the number of accidents that usually occur on different sections of the M-30.

By way of conclusion, for all the parties involved, from the DGT to the road users themselves, it is intended to strike a balance between safety and comfort that facilitates the normal process of driving on the roads, regardless of how dangerous they are or how vulnerable they are to the possibility of leading to an accident.