All the alternatives for getting to Madrid airport 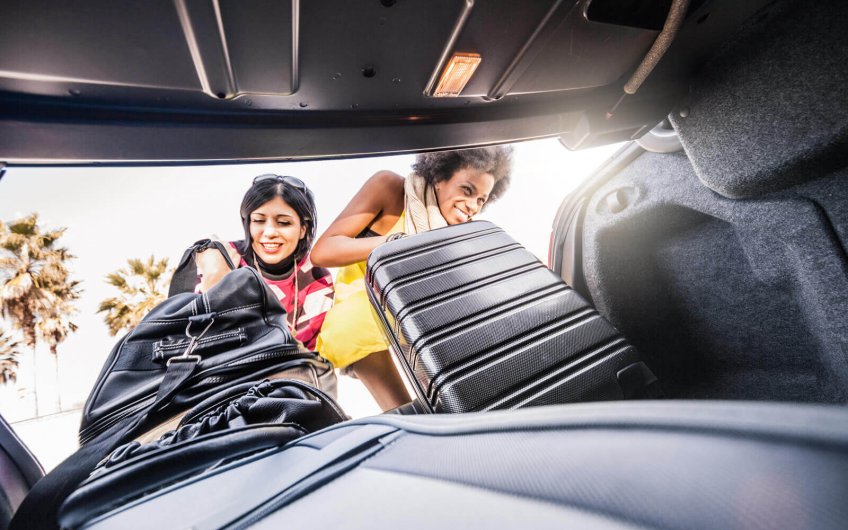 We are going to explain all the alternatives for getting to Madrid airport on both public transport or by taxi.

The Adolfo Suárez Madrid-Barajas airport is located north-east of Madrid in the Barajas area, around 18 kilometres from the centre of Madrid, and it has 5 terminals:  T1, T2, T3, T4 and T4s.

If you have to take a flight from Barajas but you’re not sure which is the fastest, most convenient or cheapest way to get there, keep reading.

How to get to Madrid airport on public transport

Bus, metro or local train are the easiest and cheapest options for getting to the airport. Regardless of whether you’re in the north, centre or south of the Spanish capital, any mode of public transport will get you to Barajas.

From the north of the city: you will have to get to the Canillejas exchange to take the 101 line bus. This one connects you with terminal 1 and 2 at the airport. The journey lasts around half an hour. The 827 makes the same journey in half the time from the same place.

Very close by is the Avenida de América bus exchange where you can take the 200 line which stops at every terminal. The ticket price is 1.50 euros and is the cheapest way to get to the airport.

From the city centre: go to Atocha because that is where the Airport Express bus leaves from, taking 40 minutes without any stops. It is available 24 hours a day and departs every 20 minutes. The ticket is 5 euros.

From the south of the city: you will have to get to Estación Sur (south station) where the 603 line leaves from, taking 55 minutes. Tickets cost between 1 and 2 euros and the service is run by Samar.

Metro line 8 is the one that goes to Madrid airport from different parts of the city. Depending on whether you’re in the south, centre or north, you will need to take a combination of lines to link up to line 8. It goes to terminals 1, 2, 3 and 4. You will have the metro service available between 6am and 1:30am every day.

A single ticket costs 4.50 euros for a maximum of 5 stops (meaning, if you leave from Nuevos Ministerios). If you are coming from the south, the ticket prices goes up by 1.10 cents for each station. If you have a 10-journey ticket, you will have to pay a 3 euro supplement.

The length of the journey varies between an hour from the south of Madrid and 15 minutes from the north. Either way, it’s the fastest way to get to the airport.

This is a very practical option if you are in the north of the city (near to the Chamartín train station) or in the centre (Atocha station) because the C1 line departs from both. It also stops at other stations like Nuevos Ministerios or Recoletos. It goes to terminal 4 and so if you are flying from terminal 1, 2 or 3, you will have to catch the free shuttle bus that operates between the four terminals.

The ticket costs 2.50 euros. If you are in the south of the city, you will have to take the metro or the bus to get to one of the stations served by the C1 line.

The trains are running between 6am and 11:30pm every day and the journey takes half an hour.

How to get to Madrid airport by taxi, vehicle for hire or in your own car

Getting to the airport by taxi is the most convenient option especially if you have a lot of luggage. Equally, your own car is a good alternative if you’re going to the terminals from somewhere outside of Madird. The downside is having to park because the airport parking prices are very expensive, although you can find cheaper car parks nearby for long stays.

From the north of the capital

The journey lasts half an hour and both taxis and vehicles for hire (vehicle with a driver like Uber or Cabify) have a flat 30 euro rate for the journey as long as it’s within the M-30. The journey will differ depending on the actual place you are but it will use the A-2, M-40 or M-11 to finally link up to the M-12 road that takes you to the airport.

From the south of the capital

The M-40 is where the majority of journeys run from the south of Madrid to the airport. The journey takes around half an hour and, due to it being outside the M-30, the price of a vehicle for hire is usually a little bit cheaper (between 5 and 8 euros) than a taxi.

So there you have all the options for getting to Adolfo Suárez Madrid-Barajas airport, one of the most important and busiest airports in Europe. You need to decide which one is the best for you depending on where you are. The cheapest options are without a doubt on public transport, although on many occasions, the most convenient ones if you have luggage will be in your own car, a taxi or vehicle for hire.